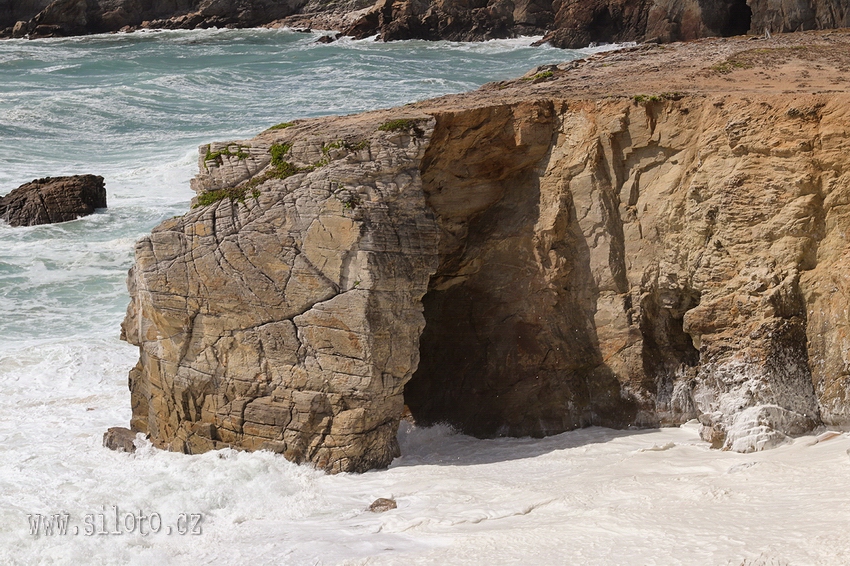 Quiberon – Kiberon – is a peninsula that was originally an island. Today, it is connected to the mainland by a narrow sand scythe, which is approximately 40 m wide at its narrowest point. The largest city here is Quiberon, according to which the peninsula is named. This fishing port used to be famous for hunting and processing sardines. Now it is a nice resort with sandy beaches. The seaside climate and healing effects of seawater attract thousands of visitors every year. That is why he is sometimes called “little Florida”. The history of the peninsula became more significant only in 1795, when there were murdered about 10 000 royalists in an attempt to reverse the French Revolution.
The oceanic part of the shores of Quiberon, the west coast called Côte Sauvage – “The Wild Coast” – looks as the name suggests. The escarpments of rocks is high and steep. The strong waves of the Atlantic shatter violently against torn rocks and the sea foam flies through the air. Even on high cliffs, there is no shortage of spray of seawater from shattered waves. But even between the steep rocks, at low tide, you can discover a small, cozy sandy beach. 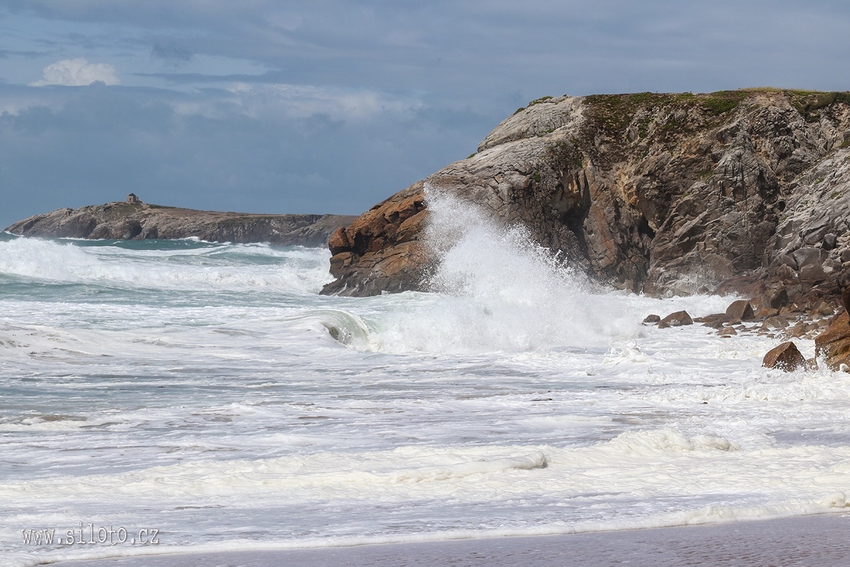 Waves of Atlantic Ocean on wild coast of the peninsula of Quiberon, Brittany, France

There is a hiking trail along the entire West Coast, with many sightseeing spots. Some have refreshments in the form of kiosks or restaurants. At one prospect with refreshments we can also find a menhir in the shape of a heart – Menhir Beg Er Goalennec. At the northern end of the coast, for millions of years, the water has formed the Arch de Porte Blanc, a rocky gate that can be reached by steep stairs at low tide. 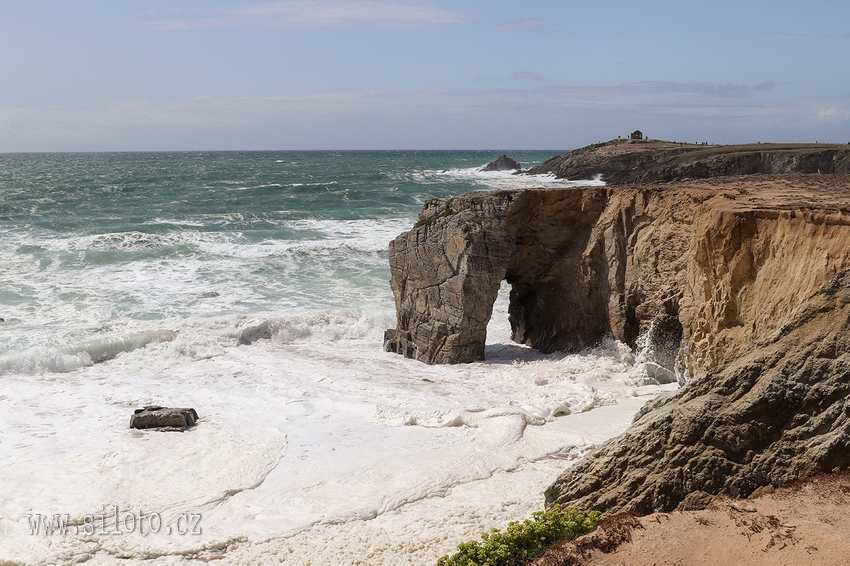 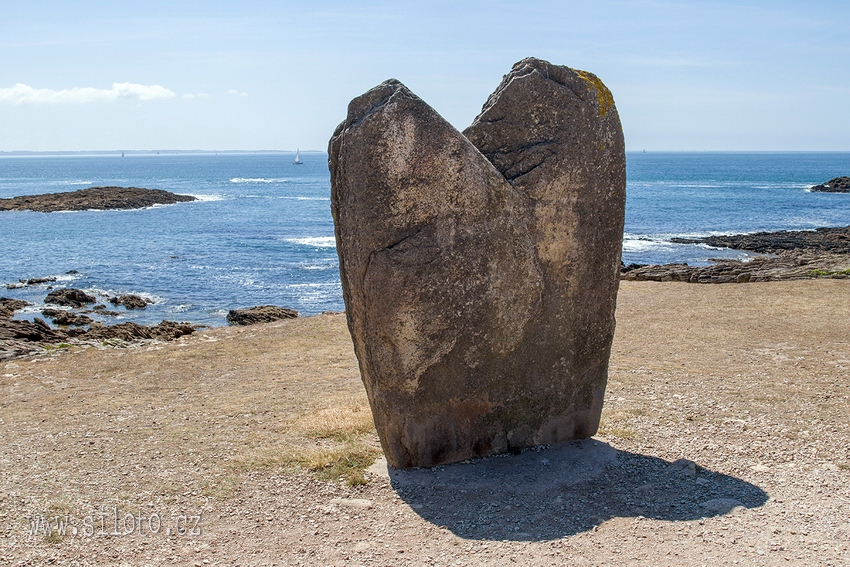