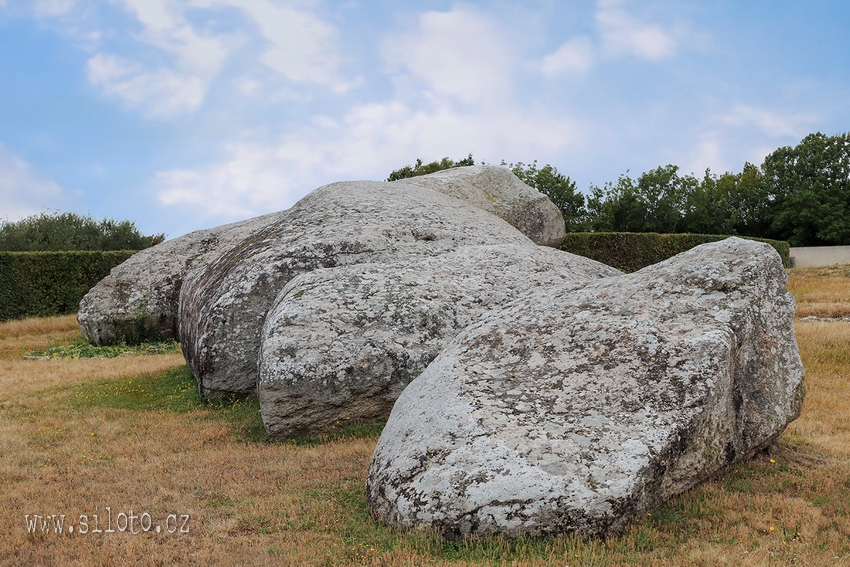 The Locmariaquer megaliths are a complex of Neolithic constructions in Locmariaquer, Brittany. They comprise the Er-Grah tumulus passage grave, a dolmen known as the Table des Marchands and “The Broken Menhir of Er Grah“, the largest known single block of stone to have been transported and erected by Neolithic people.

Le Grand Menhir Brisé (The Great Broken Menhir) is also referred to and known as Menhir Er-Grah (Er-Grah is meant to be a “beautiful stone”), Grand Menhir or Men ar hroëc’h (in French: Pierre de la Fée, meaning ʺThe Stone of the Fairies”). It is a stone block weighing over 300 tons and high over 21 meters. Today it lies on the ground broken in four pieces. It is estimated that it was erected 5000 years BC and the damage occurred around 4000 BC due to natural events. Maybe lightning, maybe earthquake. The mystery remains how a huge block of stone got to the peninsula, because the nearest possible source of this mineral is about 10 kilometers away.

The Table des Marchands is a large dolmen containing a number of decorations. The main capstone of the chamber includes a large carving on its underside depicting an axe, and part of a carved depiction of a plough pulled by oxen. This fragment indicates that the capstone was originally part of the broken menhir, since the design matches up with carvings on the broken remains across the breaks. Other parts were used in the tumulus and in the nearby dolmen of Gavrinis, on a nearby island. The stone at the back of the chamber contained an engraved stele with whorls and arched decorations which may represent fields of crops. 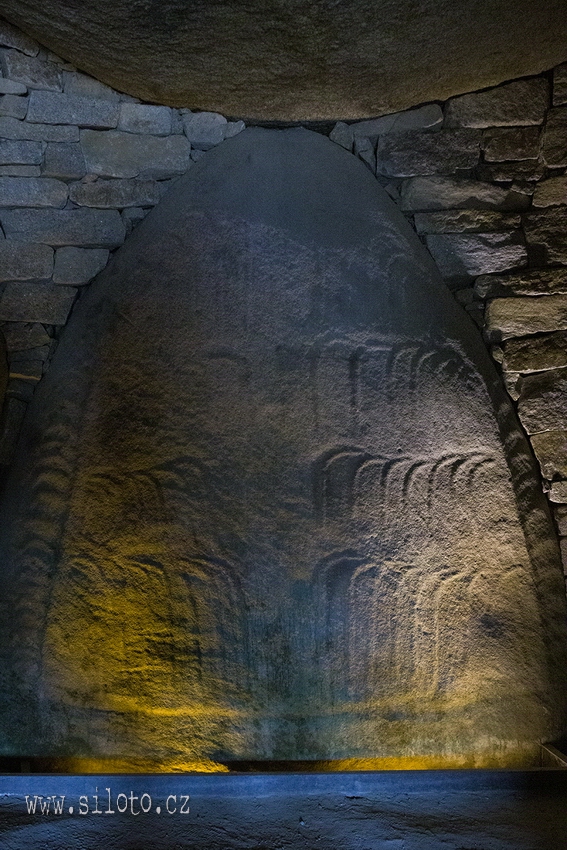 The dolmen was fully exposed and above ground until it was excavated and rebuilt inside a cairn in 1993, reconstructing its original appearance and protecting its contents. 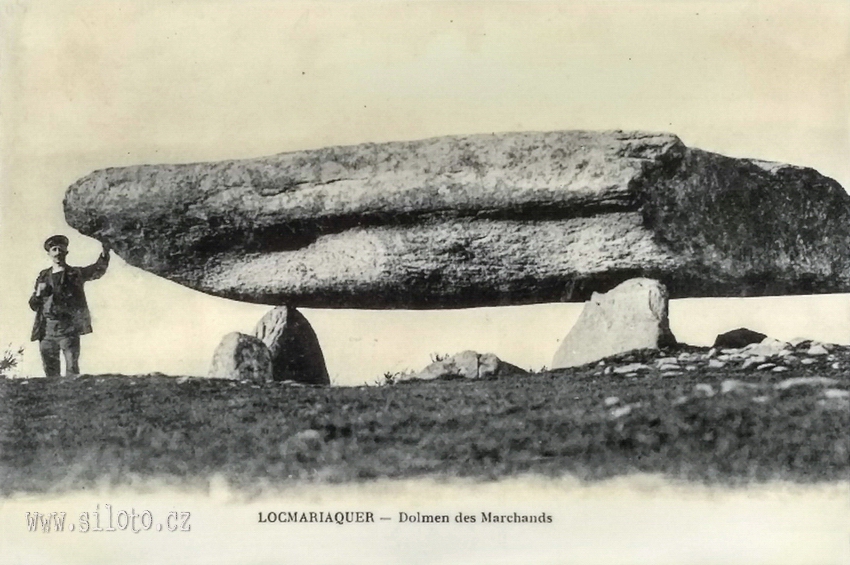 Tumulus Er-Grah (also the tomb of Er Vinglé) is a well-preserved mound grave 140 meters long. The tumulus was probably built in the fifth millennium BC. Near the tumul was erected The Great Menhir (Le Grand Menhir Brisé), which subsequently fell and broke. The interior of the cairn is inaccessible. 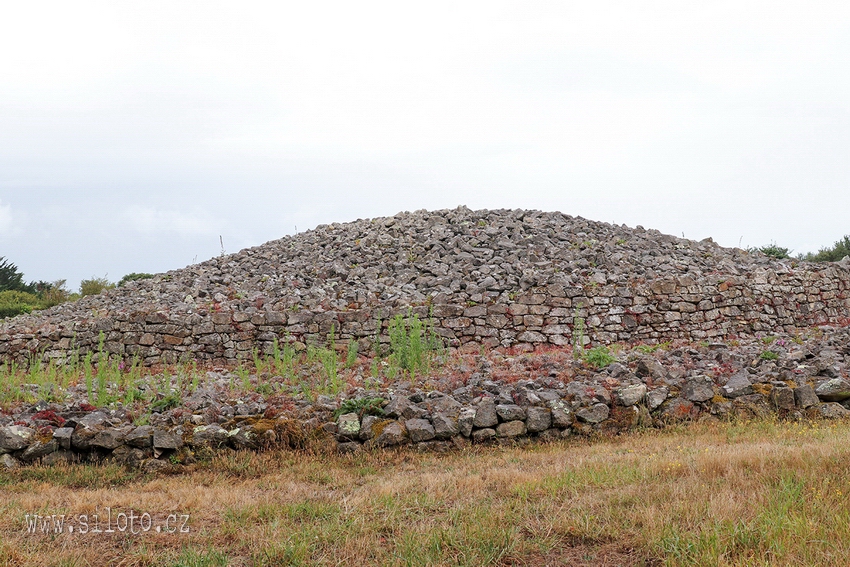 Other interesting megalithic sites near Locmariaquer 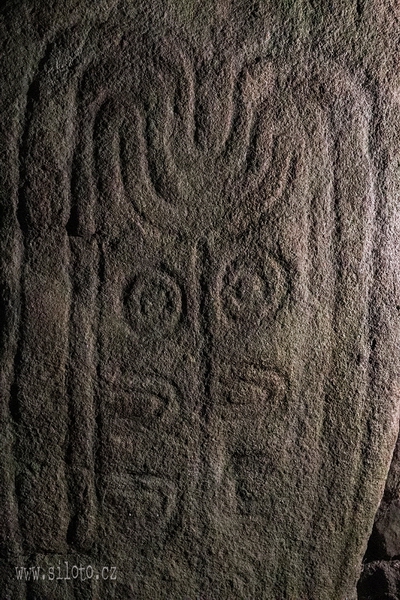 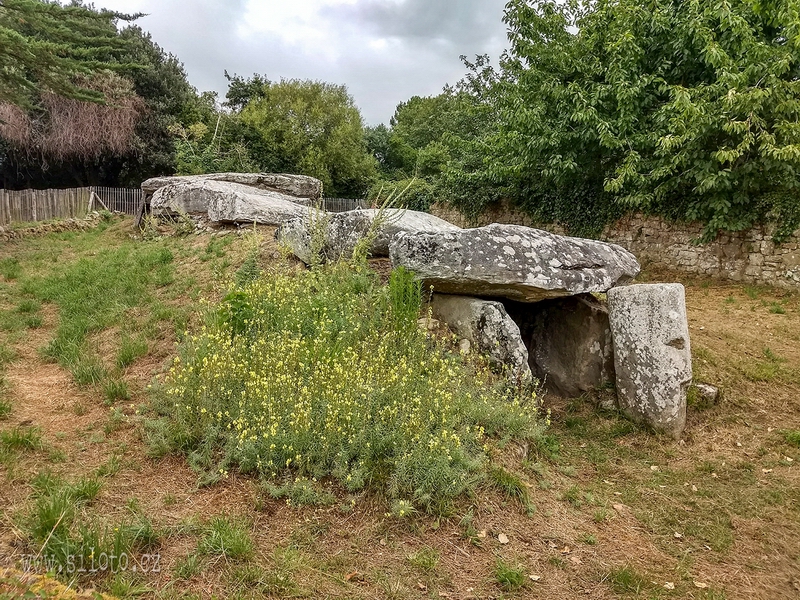 Mané Rutual Dolmen, also Mané Rutuel or Mané Rethual – one of the main megalithic buildings in the Gulf of Morbihan in Brittany 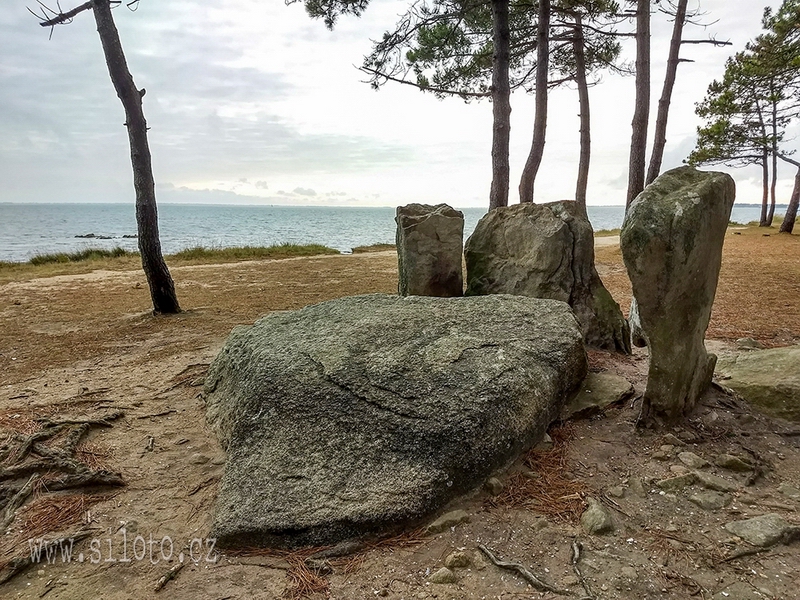 Rests of the Dolmen er Hourel on a spur in the sea, Locmariaquer, department of Morbihan, Brittany