Bohemian Switzerland also known as Czech Switzerland, is a picturesque region in the north-western Czech Republic. It lies on the Czech side of the Elbe Sandstone Mountains north of Děčín on both sides of the Elbe River

The Malá Pravčická brána (Little Pravčice Gate) is a natural sandstone arch, that is about 2.30 m high and 3.30 m wide. It is located in Bohemian Switzerland near the red signposted main hiking route (E3 European long distance path) between Mezní Louka and Vysoká Lípa. 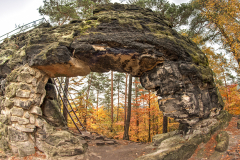 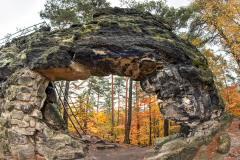 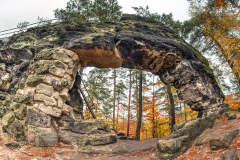 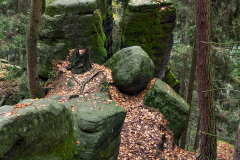 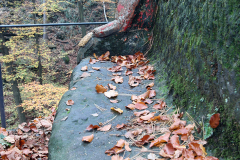 National Nature Monument Panska skala rock – Herrnhausfelsen – is a geological locality where stone organ pipes was formed due to the column separation of basalt during the cooling of magma – most famous geological nature reserve, Czech Republic. 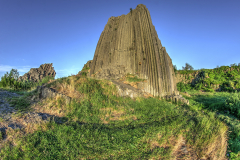 Remains of a rock castle Saunstejn, which is also called Robber castle, was built approximately in the middle of the 14th century, Bohemian Switzerland, Czech Republic